Course: The Theory and Practice of Tangible User Interfaces

In 2015, there were 467,000 reported bicycle injuries in the United States according to the CDC. Although the number of these injuries have fallen in the last decade, the number of fatal bike accidents increased by more than 12 percent during this same time. Further, the statistics show that the bulk of these fatal accidents occur in urban areas—collisions are particularly high in dense, populous cities. This suggests that the business of large metropolitan cities contributes to neglectful behavior on both the part of drivers, cyclists, and runners.

To develop the RattlesNeck, the team used a 3D Structure Sensor to produce a model for mapping and design for initial prototypes, then evaluated these prototypes for usability, testing with a mix of drivers and cyclists. Armed with the results of these tests user feedback, they developed a final prototype, opting for a snake-like pattern on a soft translucent material to help users with higher comfort, functionality, and aesthetics. This final prototype with its adjustable collar promises to improve flexibility and user notification of warning signals.

RattlesNeck will continue to develop its device this spring through our Innovation Catalysts grant program. Read more. 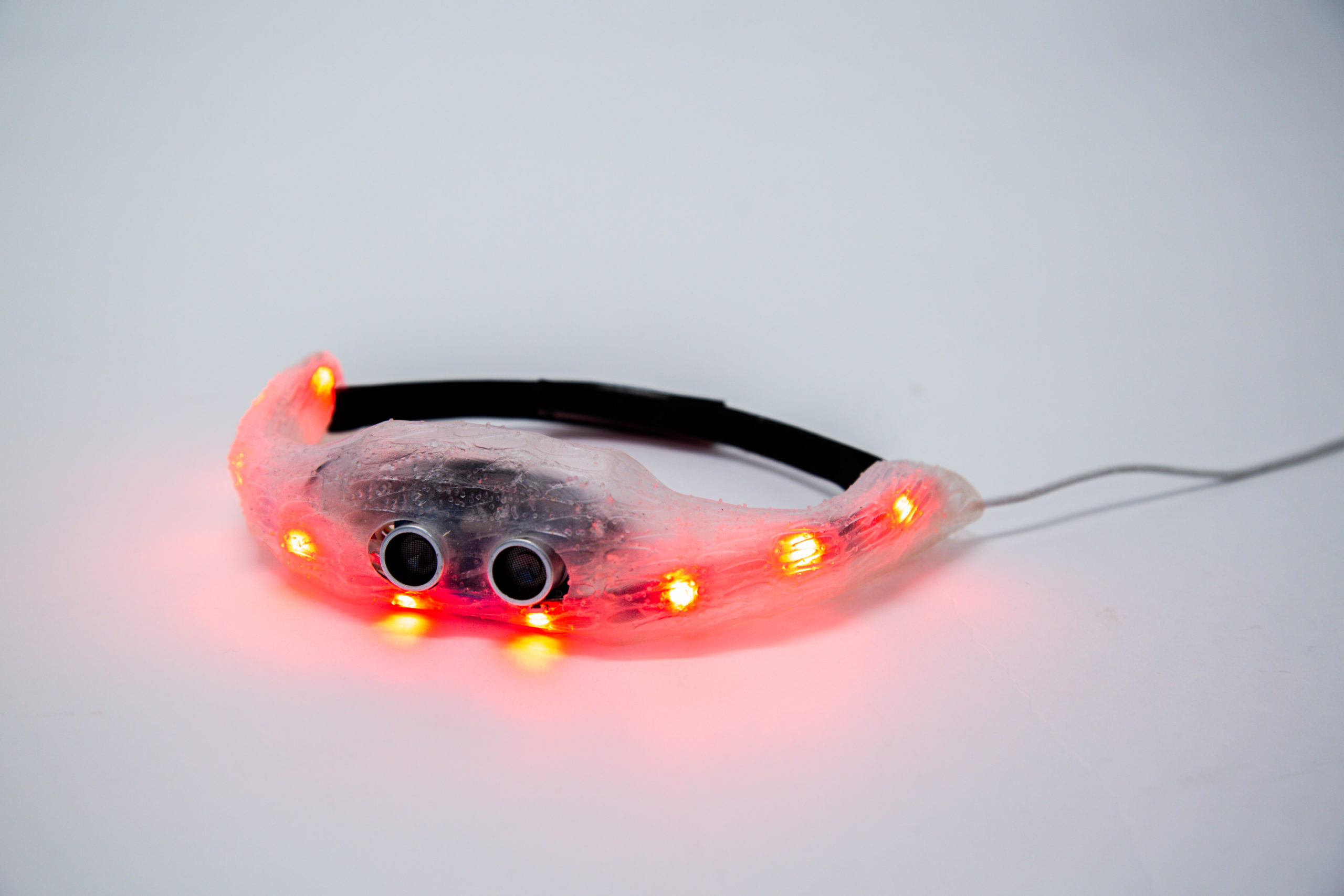